Growing up in Florida, author and photographer Angela Richardson heard about the RMS Queen Mary when she was a child, but it wasn’t until she went out to California as an adult to visit her now husband that she got to see the ship in person. Says Angela, “When we drove over Queen’s Way Bridge, my jaw dropped. I couldn’t believe how amazing the ship looked sitting in Long Beach Harbor.”

Initially, it was the sheer size and beauty of the ship that drew her in. But once she began touring the ship, she became fascinated with the engine room. For some reason, she found it very comforting, and in fact there are times that when visiting the ship she will only go into the engine room. For Angela, the boiler and engine rooms are what would “beat” to make the ship run, in the same way our hearts beat to make us run. “I love being in these areas. Think about it— you get to stand in the very rooms that allowed the ship to travel the Atlantic Ocean, carry celebrities, dignitaries, royalty, distinguished captains, and thousands of troops. The history of the Queen Mary wouldn’t exist if it weren’t for the engine and boiler rooms and the men who worked in those areas. She won the coveted Blue Riband award for being the fastest to cross the Atlantic Ocean.“

This is why Angela’s Instagram page, filled with stunning photos of the ship, is named “Heart of the Queen Mary.”

Apart from the ship’s astounding history, let’s not forget that the Queen Mary is considered one of the most haunted places in the world. It seems that there is one particular spirit who is near and dear to Angela’s heart, a spirit who is reported to be dwelling in the engine room. His name is John Pedder, and he was an eighteen-year-old fireman who tragically lost his life in the After Engine Room.

“John is extremely special to me for various personal reasons. If spirits do exist (which I believe they do), they need to be treated with respect. We have to remember that they were living people, and the same way that we want to be treated with dignity, we need to extend that courtesy to the deceased. The various tours on the Queen Mary used to tell urban legends about John’s death that were quite disrespectful. They said how he played a game of chicken, jumping back and forth between a watertight door, and that’s how he got stuck and died. I just had a gut feeling this wasn’t right. Through part of my research for my book, I had the privilege of interviewing several engineers. One of the questions I asked each one was about safety protocols in the boiler and engine rooms. Many of them told me of a young man who sadly got trapped in one of the watertight doors. This is how I discovered the truth in regards to John’s death.”

[It’s to be noted that Angela is correct that tour guides aboard the Queen Mary added the embellishment of the game of ‘chicken’ to the stories they told to tourists. I was one of those who heard the story while on a tour there, and assuming the guides knew this to be fact, I added it into the narrative of my novel, Cooking for Ghosts. It wasn’t too long after Angela read the novel that she contacted me, graciously setting the story straight. It was her lack of condemnation of me that made me all the more anxious to correct what I had written, and I did so in the Author’s Note in the final book of the trilogy Demons, Well-Seasoned.]

Angela turned to her friend, Matt Schulz of ParaXplorer ProjectPlorer Project, who has been the resident paranormal investigator aboard the Queen Mary for the past eight years, and shared with him the information she had, thinking it might be beneficial to his tours. He suggested they submit the information to the team at the ship, and they have now changed what they say about John Pedder’s death on their tours.

To me, Angela was kind enough to say, “I am forever in debt to you in that you wanted to fix his story in your book. It’s not something you had to do, but you did it. I would never make someone feel bad for a mistake, and it was a mistake you heard on a tour that was done before I turned my research in. The tour guides are doing their job with what they are told, as well. Now, however, they share the truth, not the rumors. I’m still fighting on John’s behalf, though. The Queen Mary has an annual Halloween event that sadly includes a character, Half-Hatch Henry, that, in my opinion, mocks John’s death. I have been working for the past year to plead to this event to change the character.”

During our interview on Her Secret Bookshop, Angela was asked by a reader if she is afraid when she encounters the paranormal aboard the ship. “I feel absolutely safe!” Angela replied. “I actually feel the safest there. None of the spirits on board the ship are ‘evil’ in any way, despite what the ridiculous paranormal shows may say. My husband works in the film industry, and the stories of how those paranormal shows make things up is a whole other discussion. It’s sad to see so many books about the paranormal make the fear-mongering worse. I read one rumor that John was held in place and murdered. Simply ridiculous.”

But the good news is that Angela is writing her own book about the RMS Queen Mary, a non-fiction book with the working title, THE HEART OF THE QUEEN MARY. “Waiting to hear back from publishers certainly tests ones patience,” she says. “My book has been a labor of love. It is going to be about the engine and boiler rooms of the ship. I’ll also be sharing some history of the ship from the point of view of the men that worked in her ‘heart.’ It will be a unique perspective of this amazing ship, while paying homage, thanks, and respect to the men who worked so hard in these areas. When conducting interviews, some of these men were shocked that a female wanted to know so much about the engineering department, as that was a ‘man’s job’ when they worked aboard. However, they were certainly open with me, and I call some of them my dear friends now. I visit them when I go to England.”

When asked if she has ever heard the spirits ‘speak,’ Angela replied, “John tends to be a very vocal spirit in the engine room. What I believe is him has given many different vocalizations and possible answers to questions asked.  I’ve had spirit encounters all throughout the ship also, including the sports deck, where it sounded as though someone was walking up behind me when no one was there. Anyone who’s interested in hearing some of those vocalizations, I highly recommend going to the ParaXPlorer Facebook page to listen to the many audio clips.”

There’s a scene in Cooking for Ghosts where a young couple sneaks through to the engine and boiler rooms and down into the hull of the ship where mail was once kept. But the hull was also the place where prisoners were held during WWII, during which the Queen Mary had been turned into an Allied troop ship. In my research for this trilogy of novels set aboard the RMS Queen Mary, I had the opportunity to see this area of the ship, now closed off to visitors. The photos included here of the hull area are two photos taken when ParaXplorer Project worked with IBM on a 2016 joint investigation project. First photo is on above level with the cargo pit door open; and the second shows a portion of the mail area inside and below. They were provided by Matthew Schulz, who states, “One can imagine it was no Princess cruise being transported within.” 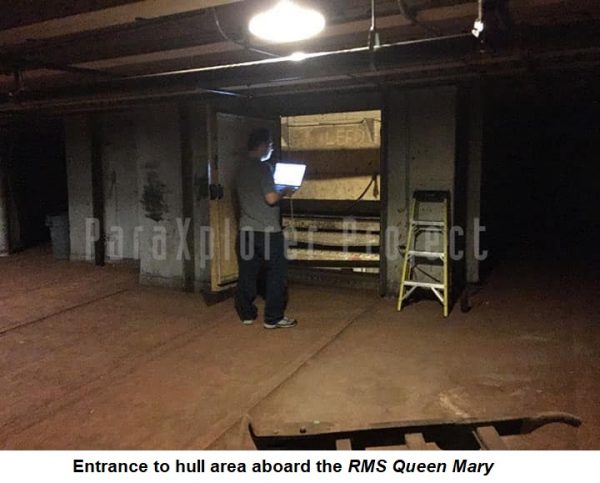 Apart from their Facebook page, ParaXplorer Project also has a website that features intriguing photos and a itinerary of where the team will be investigating next. https://www.paraxplorerproject.com/

The photo of author Angela Richardson in the Queen Mary engine room was taken by talented photographer Genevieve Bludsworth-Olin, an who can also be found on Instagram at: https://www.instagram.com/genevieve_corinne_photography/

Angela’s latest book publication news can be found at: https://www.authorangelarichardson.com/

The Secret Spice Cafe Trilogy, which includes Cooking for Ghosts, Spells and Oregano, and Demons, Well-Seasoned, can be found in fine bookshops and online.

This site uses Akismet to reduce spam. Learn how your comment data is processed. 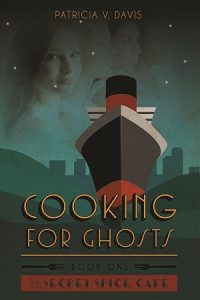 Whatever place you leave,

leave it just a bit better

for your having been there 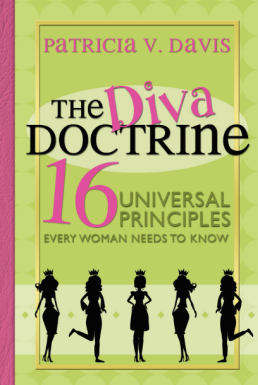 Links to my other sites